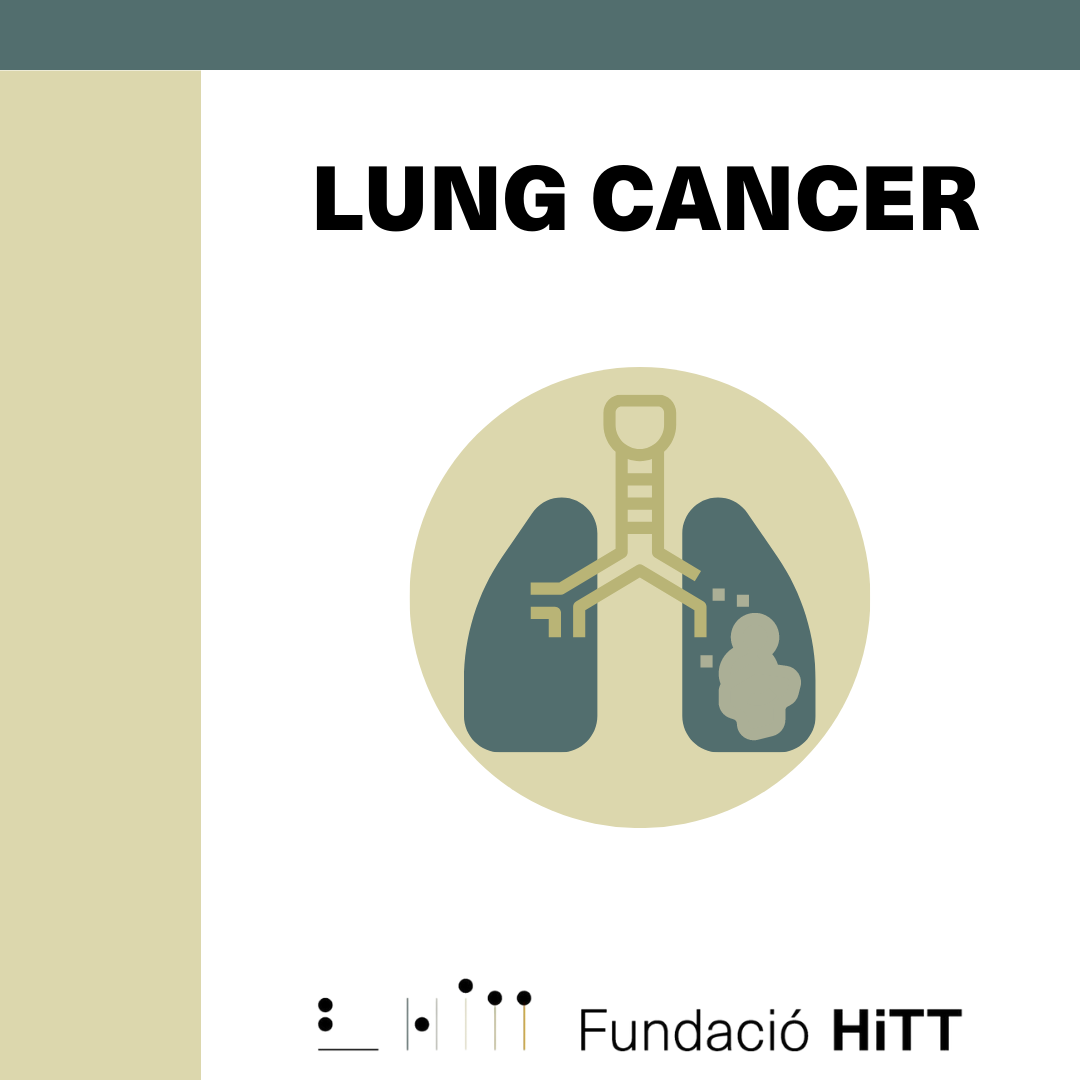 Lung cancer is a growing issue worldwide. It currently ranks as the cancer with the highest number of cases detected, and it is responsible for the highest number of cancer deaths on a global scale. By 2024, it is estimated to be the cause of 3 million new cancers. In Spain, lung cancer is the third most common type of cancer. By 2022, an estimated 24,000 new cases will be identified in this country.

Tobacco use is considered the leading cause lung cancer developement. A very relevant fact if we consider that currently 20% of the Spanish population over the age of 15 are smokers and 25% declare themselves ex-smokers.

There is a problem added to the incidence and aggressiveness of the lung cancer: the absence of symptoms in early stages of the disease. This factor means that many cases are detected when the cancer is already in an advanced stage, drastically reducing the chances of survival of patients despite treatment.

In addition, the more advanced a cancer is diagnosed, the more expensive are the treatments offered to patients, which can exceed €100,000 per patient per year. It is for all these reasons that early detection is considered so important.

The CASSANDRA project, a national screening program for the early detection of lung cancer, is facing this challenge. CASSANDRA is based on a screening protocol aimed at people considered heavy smokers (a daily package for twenty years, or with equivalent consumption). These patients will be given a low-dose CT scan to detect lung cancer in the early stages, when it can still be removed with surgery and therefore has a better chance of cure.

The CASSANDRA project is based on previous studies in the United States (NLTS study) and Europe (NELSON study), where early detection allowed the diagnosis of about 70% of lung cancers when patients could still benefit from surgery. . With these results, the potential of screening in smokers and ex-smokers with a high risk of lung cancer could be demonstrated.

Still pending the Health Assessment, the CASSANDRA project is presented as a response to the cross-cutting challenges for human health and the health care system that marks lung cancer.

However, it is necessary to evaluate the efficiency of the application of the screening from the point of view of the Health System taking into account the challenges to be overcome in terms of initial overdiagnosis and false positives, both for the anxiety it can generate in patients and exposure to radiation from diagnostic tests as well as the inability of the Health System to cope with diagnostic tests that result from initial overdetection.

A promising solution that countries such as the US, South Korea and Poland have already implemented and others such as the United Kingdom, the Netherlands, Germany, Italy and Canada are applying in the form of pilot tests.